The long lasting impact of an information culture

Recently, various media reported about the huge IT-problems of a government agency. The agency has a long history of failed projects in trying to modernize their outdated IT-landscape.

Multiple reasons were mentioned why projects ran out of control. They were varying from poor governance and project management, to unreliable suppliers and inadequate procurement. Also the complex and volatile system in which the agency had (and has) to operate was seen as a reason for its underperformance on the IT-level.

Unfortunately, the agency is not an exception to the rule. On the contrary, failed IT-projects are quite common in many countries. In contrast to commercial enterprises, that often manage to keep their failures under the radar, government agencies are submitted to public scrutiny. Public hearings like here are not uncommon.

The news caused a déjà vu of an information audit that I carried out for this agency in the early years of 2000 (!). Especially, the opinions expressed by employees of all levels, revealed symptoms of an information culture that caused a huge barrier for all kinds of innovation and transformation initiatives.

The picture shows an anonymized anthology of quotes from some conversations with managers and employees. 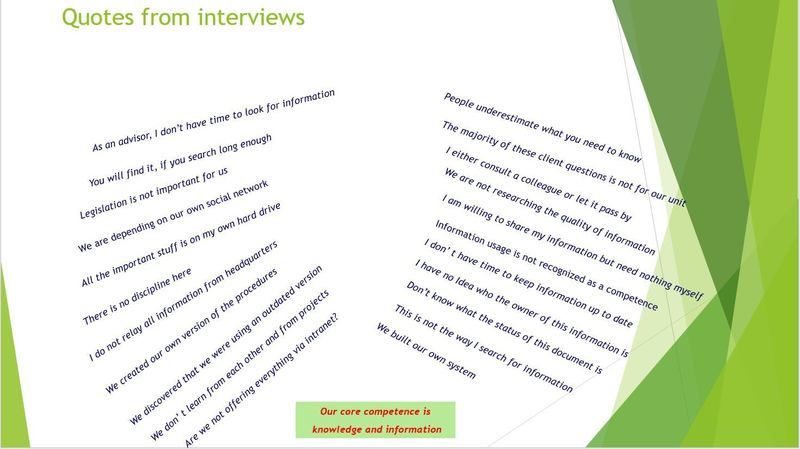 The reader may recognize some quotes by own experience. They are certainly not uncommon to other organizations as well.

One would wish that in the years between the audit and 2015 the organization managed to close, or at least minimize, the gap between their proudly stated core competence and the real status quo. However, it seems that they are still struggling with this dilemma.

This proves once again how hard transformation can be for any organization; especially if culture stands in the way. There are many decelerators, see e.g. this publication about policy making, that make modernizing of such an organization to a gargantuan task. 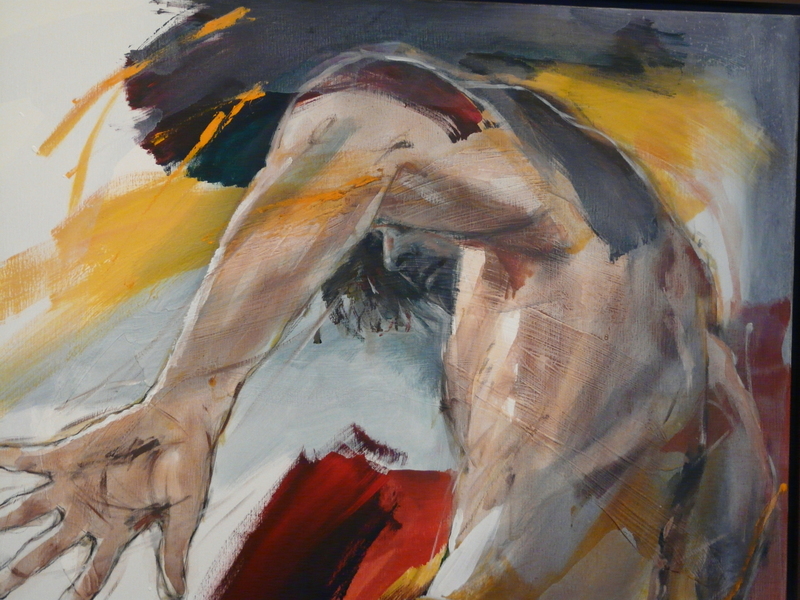 Sadly, the customer, client and taxpayer are the ones that bear the ultimate consequences of not succeeding in this difficult but inevitable endeavor.